The Champions League is now in the 1/8 finals and fans are excited to find out who will be this year’s winner. Find the current Champions League winner betting odds and see the favorites and the outsiders for winning the 2022 trophy.

The trophy for 2021 went to Chelsea. Although they still have a chance to defend the title, they face quite strong opponents. There are 16 teams left in the race to become the next champion. The main European forces, as well as new contenders, are ready to launch an attack in the elimination rounds. So far, the only big teams eliminated in the group stage are Barcelona and Milan.

What are the betting odds for the Champions League winner 2022 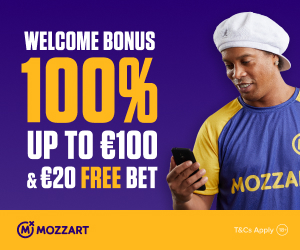 Real Madrid and PSG, although with stellar squads, are lower on the list due to the draw in the eighth-finals. Now the two teams are contenders for the title of Champions League winner. A devastating clash is coming up in March, with the winner having a good chance of reaching the finals.

Last season’s runners-up, City will try to use the experience of their first Champions League last year. Pep Guardiola boasts the most completed team in the competition with players such as Kevin De Bruyne, Riyad Mares, and Rodri. On the group stage, they showed several impressive performances. After the meeting with the champion of Portugal – Sporting Lisbon and the five goals from City, the rematch between the two teams was meaningless. At the moment, the English are the absolute favorite for the title, but the odds can change very quickly. Right behind them are Liverpool and Bayern.

Bayern Munich was in top form in the group stage, winning all six games and scoring 22 goals. Plus, the European champion in 2020, The Bavarians are one of the best attacking teams in the competition. Their hidden gem Robert Lewandowski is currently the favorite for winning the Champions League Top Goalscorer title.

Meanwhile, Manchester United and Juventus remained behind in the ranking for this year’s champion. The Italian team failed to compensate for the absence of Cristiano Ronaldo. However, the new Serbian addition to the team, Dusan Vlahovic, could change the picture.

On the other hand, Manchester United is on track to reach their 48-year-old anti-record. The Red Devils have not won a trophy since 2017 when they won Europa League under Jose Mourinho.

Who will be the Champion League top scorer? This is one of the most popular markets, alongside the one for winning team. Currently, the odds are in favor of Robert Lewandowski from Bayern, followed by Sebastien Haller from Ajax and Mohamed Salah from Liverpool.

We will see more exciting games by the end of this year’s edition. The final of the Champions League 2022 will take place on May 28 at the Krestovsky Stadium in St. Petersburg.

Find out more about the Biggest Sports Events of 2022 in our dedicated article.